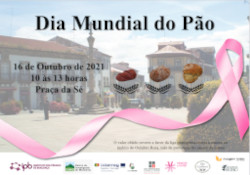 On World Bread Day, a Bragança bakery, high school students and the IPB, will distribute bread in exchange for a donation, which will revert entirely to the Portuguese League Against Cancer.

Next Saturday, October 16th, World Bread Day, those who pass by the Sé Square (Praça da Sé), in Bragança, between 10am and 1pm, will be able to receive a loaf of bread, in exchange for a 1€ coin, which will revert in favor of the Portuguese League Against Cancer. The idea was spearheaded by Pão de Gimonde Bakery and CIMO - IPB's Mountain Research Center, joining one of its high-impact projects, TransCoLab. This solidarity initiative also had the collaboration of the Emídio Garcia Secondary School.

The idea is to make a thousand loaves of bread, which will be donated in exchange for a coin. Also present will be a doctor and a nutritionist who will explain the nutritional value of bread and the importance of including it in the daily diet. The bread that will be distributed (whole wheat and rye bread and wheat and beet bread) is healthier and has a higher fiber content than what we usually find in the market.

Come clarify your doubts about bread and help the Portuguese League Against Cancer. 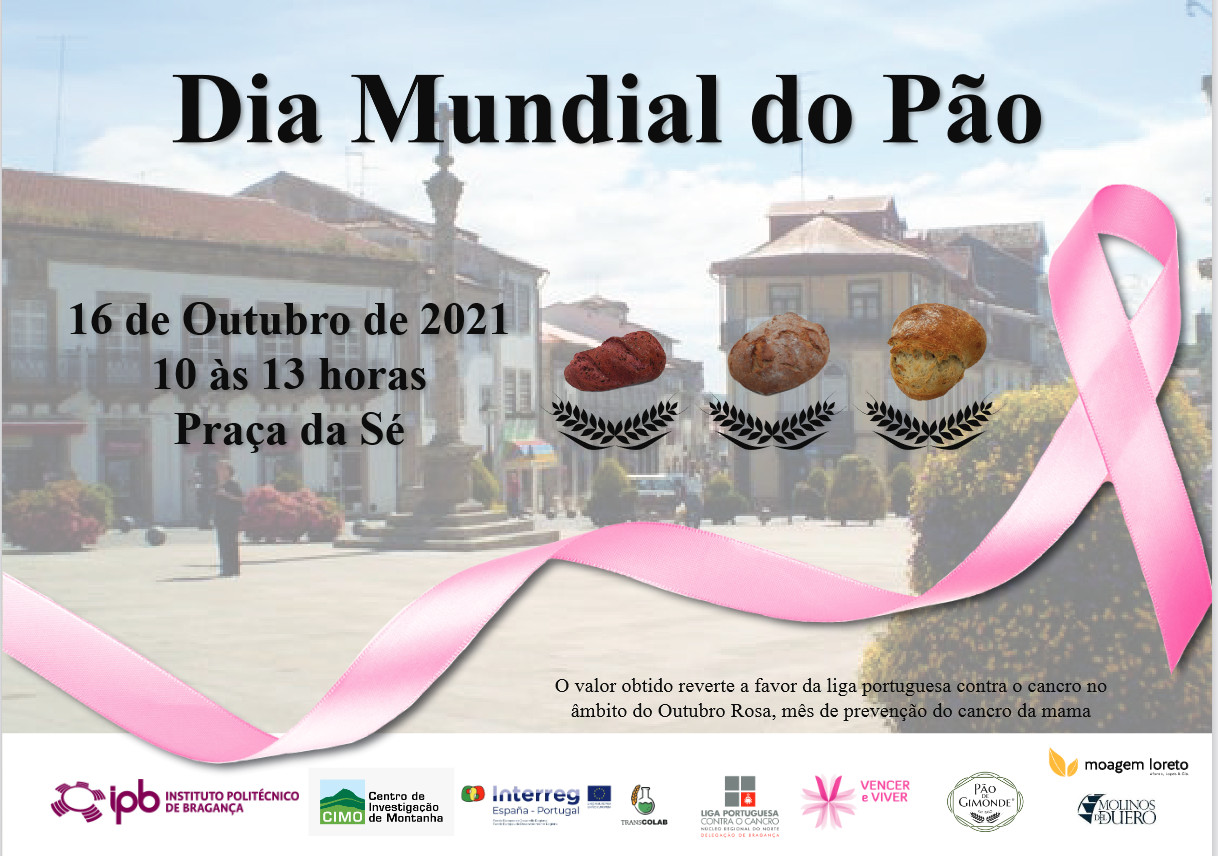