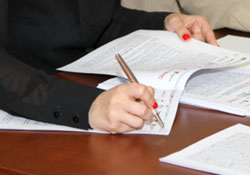 The Iberian Mountain Research Network - Rede Ibérica de Investigação de Montanha (RIIM) - was established last Friday, May 26, 2017, in the Instituto Politécnico de Bragança through the signature of a Memorandum of Understanding among Universities and Research Centres from Andorra, Spain and Portugal.

RIIM is an initiative of the Mountain Research Centre, CIMO, involving currently 19 research centres and universities in Portugal, Spain and Andorra.
CIMO, as Directors, and the “Instituto de Ganadería de Montaña” (IGM), Spain, and the “Centre d’Estudis de la Neu i de la Muntanya d’Andorra” (CENMA), Andorra, as Vice-Directors, will lead the RIIM over the next four years.
The establishment of the “Rede Ibérica de Investigação de Montanha” in Bragança is part of the Joint Declaration of the Portugal-Spain Summit 2017 and of the Conclusions of the Portuguese-Spanish Parliament Forum 2017.